Wodka through the ages

There have been over 200 games of Wodka played on Kangaroo thus far, with hopefully many more to come. But where did Wodka come from?

The idea is born

Starting in July 2010, me and friends used to play a 4-player trick taking card game called Tichu. When explaining the concept to me, Tann called it "Asian bridge". The scoring of Tichu requires going through and counting cards in the tricks each player has won, which is fiddly and often irrelevant. Tann thought he could make some improvements on the design, and proposed some radical changes:

Tichu has four special cards in it: the phoenix, the dragon, the dog and the one.

Likewise, this new game initially had four specials, scribbled on with sharpie. Then, as we played, the specials evolved and grew until there was a full suit of them.

The back of Tichu's box boldly proclaims that "over 642 million Chinese play Tichu nearly every day". These claims seem dubious coming from a game designed by a Swiss man in 1991, which uses a blatantly reskinned French deck. Maybe it's true, but we didn't think so, and so we decided we would design a traditional Russian counterpart. None of us spoke Russian, but that didn't matter, we just needed something which sounded vaguely Russian: Wodka it was.

I had previously been making multiplayer games using PHP backends (such as Aspect and Wordability), however, I was finding the process awkward and the servers unreliable. I searched for good languages for server-side development, and decided to try both Python and Java.

After writing a bare-bones server in each, I decided Java was the language for me. As it happens, Java grew to become my favourite language, but this was the first time I typed a line of Java. It also turns out this makes me an old square, but at the time I didn't know Python was a cool language for cool people and that Java was for nerds.

I'm happy to own it. I like Java. Strongly-typed, organised, easy-to-read, well-documented Java.

The original version of online Wodka was written in Flash in April 2012. 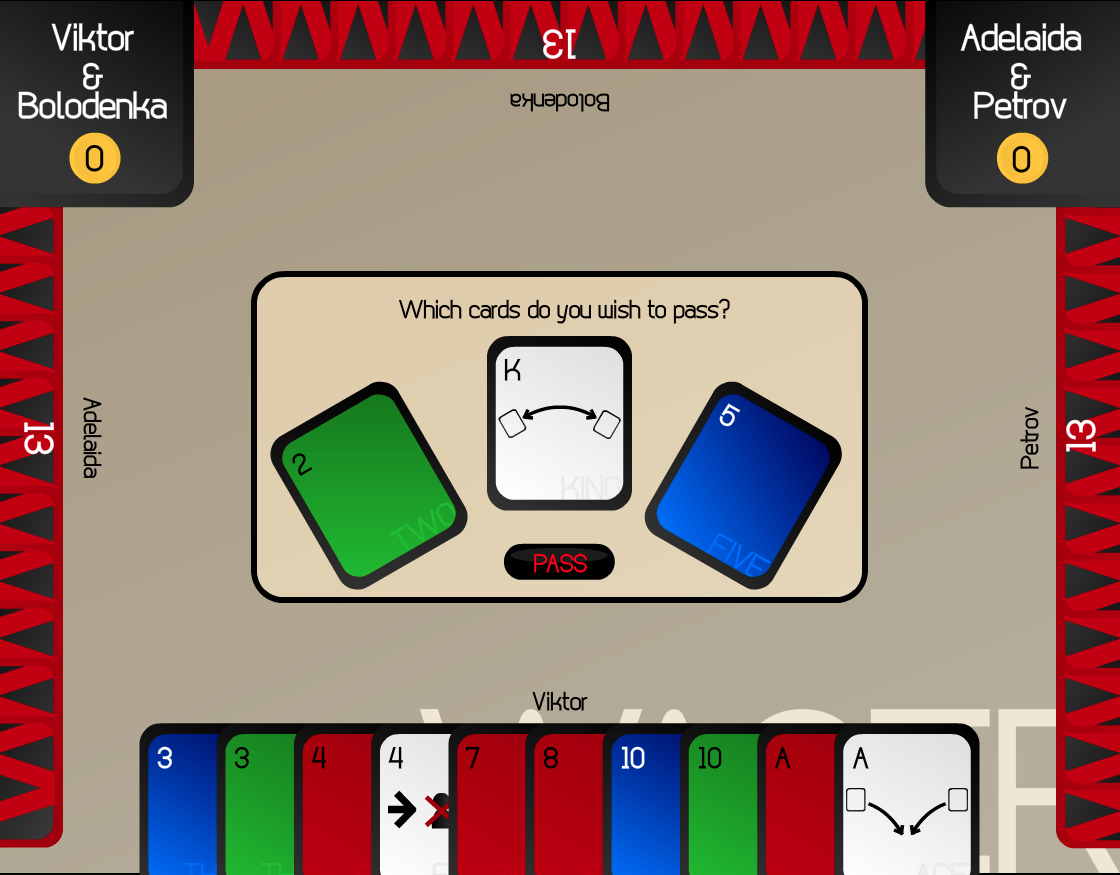 The first version took me about a weekend to make, being a productive young squirt at the time. New specials and features arrived over the following months.

We played a lot, but the implementation was not without issue. If you accidentally closed the tab, the game would end, and sometimes the server would just freeze for no discernable reason.

At some point, either our enthusiasm for Wodka or our patience with the inadequecies of the implementation waned. The last log file I see is from May 2015, so that's my best guess as to when we stopped playing.

The arrival of Kangaroo

I have wanted to make a website for multiplayer games for many years. I remember initially suggesting the idea to a couple of friends, with the inital plan for us three to create it together. We never managed to make it work, but I hadn't quashed the desire. 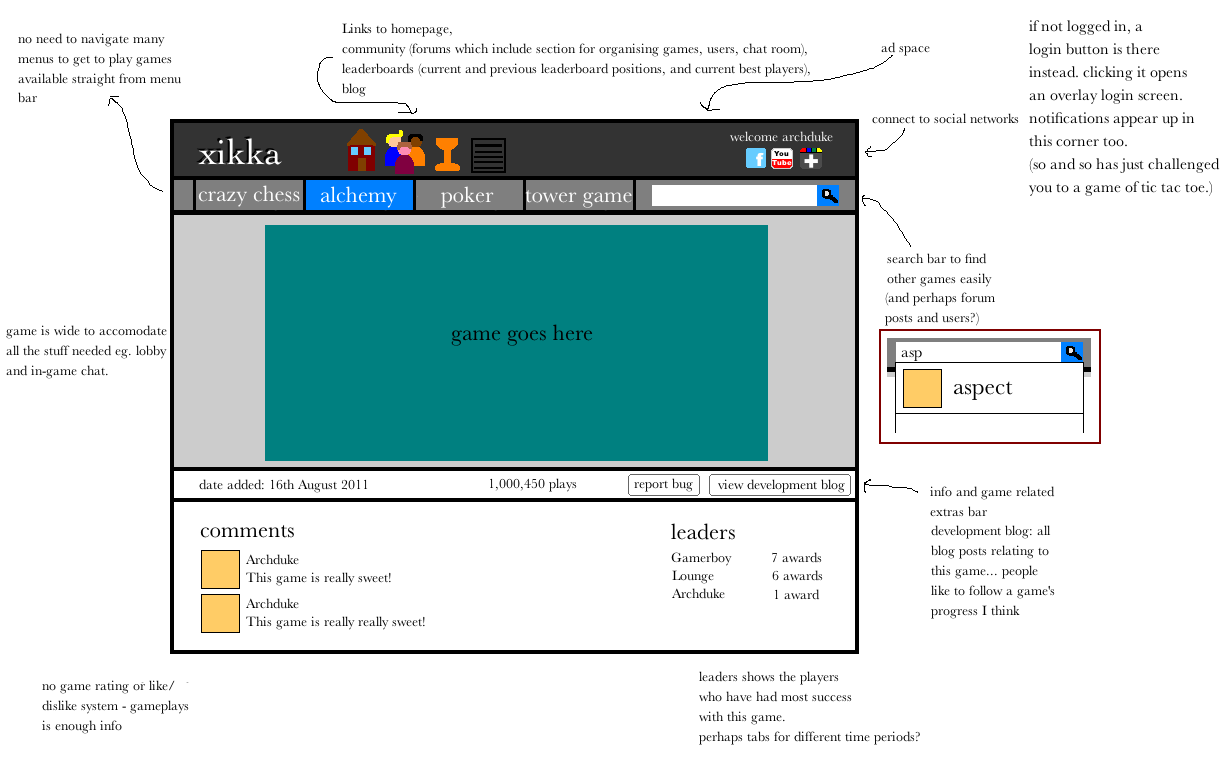 After discovering a love of boardgames, the idea evolved into being a website for turn-based games in particular. I started work in about 2017 on Kangaroo. I made a couple of sample games in it, such as chess and noughts and crosses, but didn't do much else.

The death of Flash

Adobe have announced that from the end of this year, it will no longer be supporting the Flash player and will encourage its replacement with HTML5 technologies. Chrome is already blocking Flash by default, and other browsers will no doubt follow suit.

This means, the old Wodka will not be reasonably playable soon – and this did present me a perfect opportunity. I decided to continue working on Kangaroo and to recreate Wodka from scratch using it. Wanting to try out Godot, I opted to use it for the client.

I took a week off work and created an initial proof-of-concept version of Wodka with no specials. I refined this over the following weeks, adding new specials periodically.

Kangaroo seemed to be fit for purpose. The game worked.

Miscellany and the future

One of my favourite new developments on the Wodka scene: the current #1 player has created a blog with top tips on how to improve your play. I've even written a guest post over there during my brief stint at first place on the leaderboards.

I would love to see the game spread and the community grow, however there is still a long list of improvements I need to make before I want to start seeking for new players.

Thanks so much for writing up this retrospective, very nostalgic! I'm very impressed with kangaroo so far, can't wait to see where it ends up <3