Exactly one year ago, I submitted Escorial to 7DRL. Despite the game's crude appearance and simple mechanics, I was overjoyed that people really seemed to enjoy it. I had a real blast working on that game, and I was sure I would want to repeat the experience in 2022. Well, the year went by incredibly quickly, and surprisingly the time has come to reveal another submission!

This time, I have teamed up with a friend, Corey Hardt. We had a lot of fun working on the project together, and we are so proud of the final result. Go try it out, and let us know what you think! 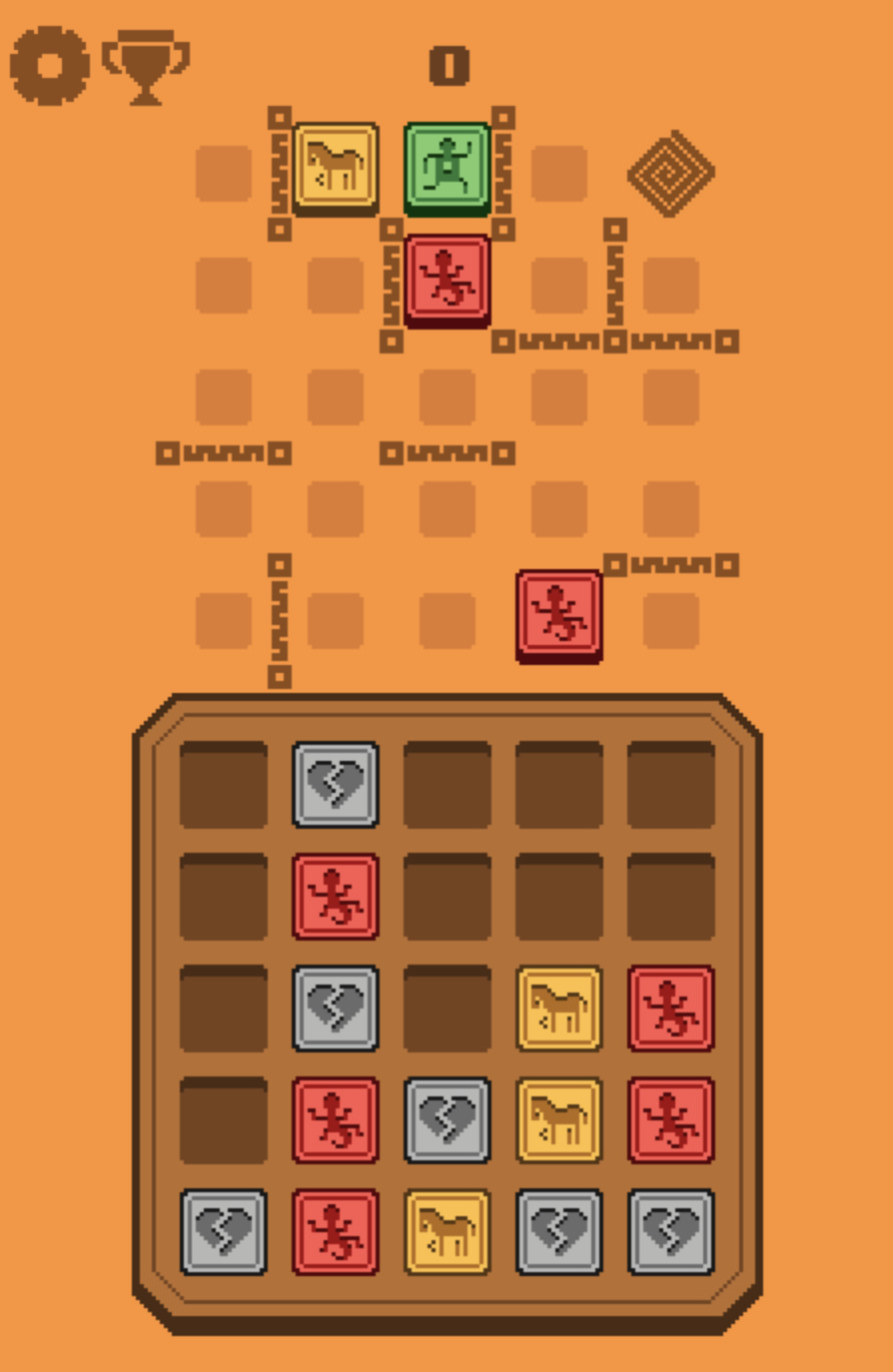 Corey and I first started talking last year after Escorial was released, and we discovered we have a lot in common. Primarily, he is also a huge Michael Brough fan, so right off the bat, we were sure we wanted to make a game in the "broughlike" style. (What is a broughlike?).

After a bit of back-and-forth, we settled on the idea of combining a broughlike with the match-3 genre. At that point, the rest of the game really "fell into place", as it were.

Due to smooth experience I had developing Escorial, I went for Pixijs again. I can't stress how quick and easy it is to use, and I continue to be very happy to have discovered it. Corey took care of the visuals, and went for a pixel-art style. That brought it's own challenges, as I haven't worked much with pixel art, where it is important to ensure the integretiy of the pixels. Pixijs does have some tools to help with this, but even so, I didn't get it quite right (if you are keen eyed, you will notice that the pixels don't always line up). This is something I will no doubt improve on next time.

When making Escorial, I also created an Actions library for Pixijs. This time, I could just sit back and benefit from it, and it made development so quick and easy. Anything which moves in the game is controlled by this system!

We've received a lot of positive comments in the days since the game's release, which has delighted us.

On release, I thought a score of around 60 would be the maximum. Well, a few days later, and the highscore currently sits at 268. How wrong I was. I find it so satisfying that someone can enjoy and understand the game to that level!

Some exciting moments include: