Wordability was a scrabble-esque boardgame made by three brothers. It's gimmick was that words could be placed in any direction – forwards, backwards, diagonally, anything goes! Unfortunately, the game didn't take off, but it was an interesting concept. 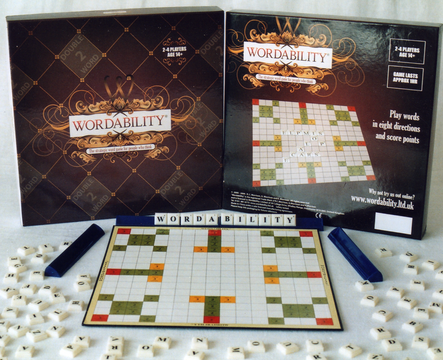 In 2010, I was contracted to make the backend server for a multiplayer version of the game. I used PHP, which was the language I was most familiar with at the time. All actions were verified by the server, so players couldn't cheat. The frontend was written with Actionscript, and I wrote the client-side code which interacted with the server. Another freelancer wrote and designed the UI and the single-player variant. Messages were encoded with XML and used AS3's XMLSocket interface.

It was the first large freelance project I'd worked on, and I found it really exciting. The client was very happy with the results, and I was proud of my contribution. 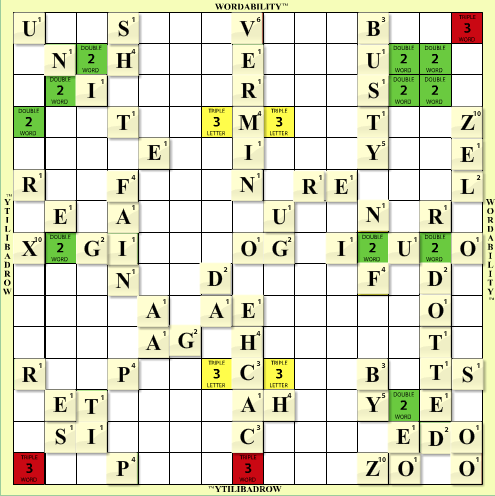