In 2019 and again in 2021 some former colleagues and I (we call ourselves Feralites) participated in a two-day game jam. They were both a lot of fun, and so we decided to go for it again this year! We nicked the theme from Global Game Jam (Duality) and this time allocated two consecutive Saturdays to work on our games.

I wasn't able to participate much for the first Saturday, and so I had to set my sights low. Like many people, I got drawn into the magical world of Cracking the Cryptic this last year, and so Sudoku have been very much on the mind. I'm sure that formed part of the inspiration for Springdoku, but with Kuno, the influence is stronger still.

Drawing on the concept of "Duality", I decided to take two existing puzzles and smoosh them into one: Sudoku and Nonogram; the result of this unholy union being Kuno. It is available to play here.

Unfortunately, I wasn't able to generate uniquely solvable grids in time, but that would be an interesting avenue to pursue. Indeed, perhaps a better approach would have been to hand-design a few grids. 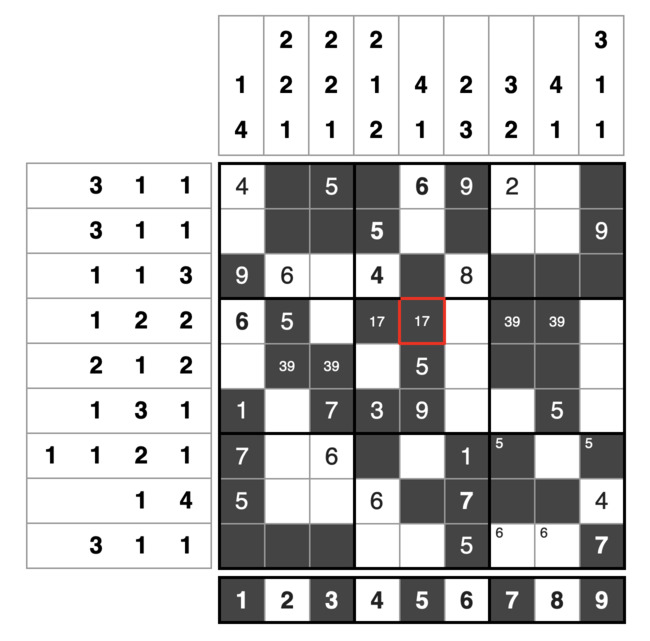