Yesterday, we concluded our three-set Cloudpierce block by drafting and playing Steepleclimb

. We introduced the set in a spoiler post earlier this month.

Everyone showed up with their cards printed and trimmed, meaning we had a brief period where we had to sleeve the cards, but otherwise we got started very quickly. We prepared packs each with 1 rare, 3 uncommons, 10 commons, and one non-basic land, and put them into ziplock bags. 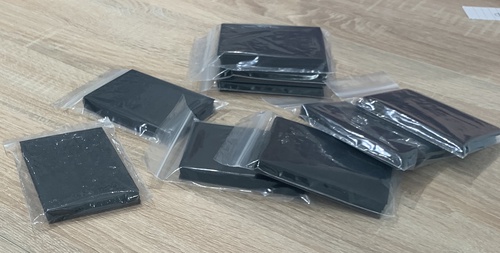 As always, it's really exciting to open packs with very little idea what you'll be faced with. You have to evaluate the strength of cards with no preconceptions. It kept happening that cards I thought were really strong, and almost picked, would come all the way back around to me...meaning I probably overvalued them!

After drafting and building our decks, we jumped straight into games. We started with a couple of games of Star. In the second game, each player allied with their former enemies and we allowed players to attack their allies (although I don't believe anyone made use of this flexibility). 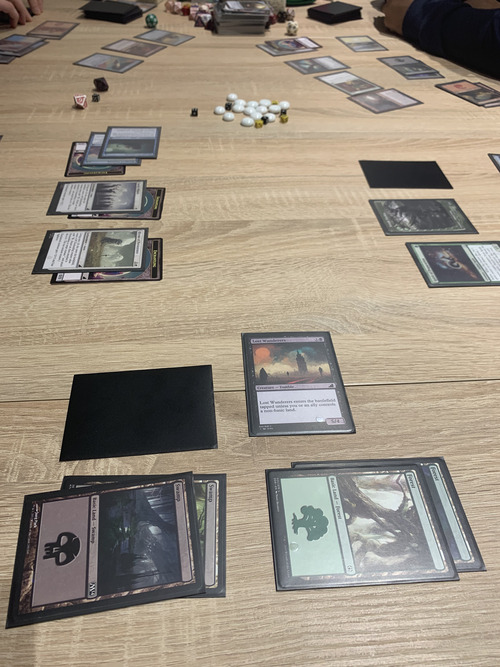 Although I enjoyed both Star games, I find multiplayer magic to be quite random and that I end up making fewer interesting decisions. This format didn't change my perception, but I'm glad to have tried it. In both cases, there was a very slim margin between two different players becoming the victor.

We then moved onto some 1v1 Magic. Personally, I found these to be much more satisfying and often resulted in some really close games.

All players had their cards well represented, and we have decks employing each of the major new mechanics (Living Aura, Auramorph, Infuse, Respire). It was very satisfying to both watch and play.

Here are some of the iconic cards employed by each of the players, and the colour combination they played.

The sets we've made so far are a little chaotic, with very little coherence between the mechanics. In Steepleclimb, we had a few niggles:

We may cherry-pick the best cards from the whole Cloudpierce block to form a block, and play another draft with just these cards. We may also start a new block, learning various lessons from what we've already done. For example, by picking a small set of synnergistic mechanics which we may all use. Whatever we decide, I'm looking forward to the next incarnation of our custom Magic efforts!

Great summary, thanks for writing it up. I agree with what you wrote. It's exciting having people come up with whatever mechanics they like but there were some bad combinations as you said. I think a more restrictive brief could be fun for next time.

It was very fun, there was a good variety and a lot more consistency and competitiveness considering the mechanics and colours. We all ended up going mechanics-tribal as there were anti-synergies between the different mechanics and inbuilt synergies inside some of them, which was fun to see play out naturally. The Aura mechanics worked nicely together and the two morphs led to a lot of sweet combat tricks. We agreed climbing the steeple was the most satisfying mechanic.

Thank you for the post! I loved coming up with the cards, and using Midjourney, and also drafting and playing was super fun! I think we made five decks that all worked well and it was equally fun to play and to spectate someone play. Personally, I really enjoyed both Star games, but I love multiplayer magic, haha!

I am looking forward to see what we do next, I think more restrictions would be excellent, and yes, maybe making up the mechanics together before start making the cards.

About the number of players for the next set, since it seems most people prefer 1v1, 5 players could still work well. I did enjoy having a little break between games and having the oportunity to spectate other games.