My take on chess

I think chess is a fun game, no matter that I'm wholly awful at it. I approach chess as I would approach any of the genre of modern European board games which have recently become popular (Agricola, Dominion, Puerto Rico, and so forth). That is to say, I don't think too far into the future and I don't take too long to make my decision.

I don't think this is necessarily a problem, and I'm more than content to play at this level. Games can still be close and exciting, against like-minded players. However, a player who wants to be good at the game, will probably not be able to achieve that with their own brainpower.

It seems to me that being good at chess is less about being able to understand the game, and more about memorising what the best computers have determined one should do in each scenario. I am more interested in figuring things out for myself, than reading books filled with endless openings and variations.

This is the same reason that I dislike constructed formats in trading card games. Before long, the meta solidifies and people will look up and copy the best decks (net-decking). Magic: The Gathering offers drafting, and Hearthstone arena, both of which solve this problem. You can't just fill your decks with the best cards, you have to make do with the cards offered to you and try to cobble together a cohesive deck. Richard Garfield attempted to make this imperfection the norm with KeyForge. A superb goal, but for me, the game didn't work.

So, how can we bring players back into the decision making process for chess? Before talking about my plans, let's look at some of the options out there.

Bobby Fischer famously created a version of chess called Fischer random or Chess960. In this variant, the back rank is shuffled (almost) randomly, with black and white having mirrored setups as in the normal game. 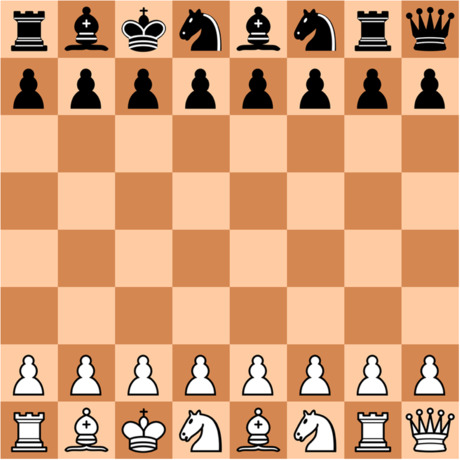 Immediately, this removes the possibility of memorising openings. Instead of waiting a few moves for a game to diverge from something known, you'll probably be diving into the unknown from move 1.

Really Bad Chess is a mobile game made by Zach Gage. It's a great concept: apart from the King, all the pieces are randomly shuffled. The tagline is "a totally balanced game by Zach Gage"; as you can imagine it can get quite silly! 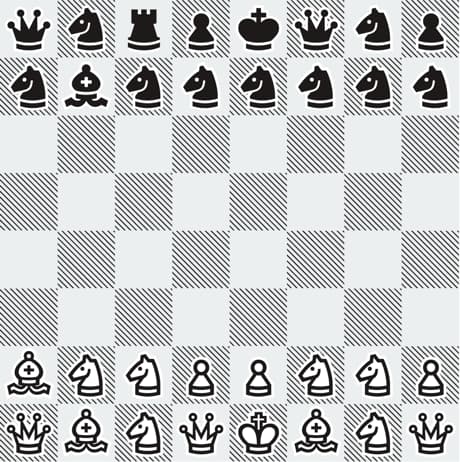 Similary to Chess960, you're in the unknown from the get-go. It's aimed at a more casual audience, which suits me well.

Fairy Chess refers to the addition of non-standard pieces into chess. The Elephant, the Chancellor, the Princess, ... the list goes on.

I'm a big fan of bringing new and exciting pieces to chess, but the list I've seen on Wikipedia doesn't go far enough. I want to make really wacky pieces that I think could be a lot of fun, so...

Now for my turn!

Pieces are already assigned a value. There are various different valuations out there, but the one I'm most familiar with assigns 1 point to a Pawn, 3 points to a Knight or Bishop, 5 points to a Rook, and 9 points to a Queen. 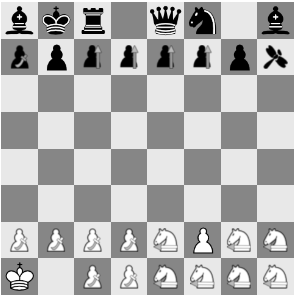 That means the standard board is composed of 39 points-worth of pieces (plus a compulsory King). What if we allowed the players to spend those points however they like? Imagine a mix of Warhammer 40k and Chess. Maybe you want to do away with 5 Pawns, and grab yourself another Rook? No problem!

I've knocked together a quick prototype, and have been playing it a little bit. It is undoubtedly silly, but it's been fun to come up with innovative boards and try to make them work.

I think the possibility exists to try new ideas too.

My game will be called Crazy Chess. I'm planning to focus on a mobile version of the game, but it will also be available to play on Kangaroo.

In addition to this, I want to introduce some new pieces. I'll talk about those in a future post!

I've been lucky enough to play a few rounds of this and it's been great fun, I love designing new unfair boards.

Oh wow this looks exciting! lmk if you need some play testing :D