Kangaroo's predecessor was called Playground, and was a PHP-backed engine for playing turn-based games. The site offered two boardgames of my own devising: The Happiest Town and Kingsville. I found the old code for Playground, and decided to try reimplementing the latter in Kangaroo. I ended up blinding copying and translating swathes of PHP code into Java, and bizarrely, it was relatively quick and painless!

The modified dates of the files are 11 Apr 2015, so that is my best guess as to when the implementation is from. I've changed computers several times since then, and the files will have moved around a fair amount, so I don't know how reliable this date is.

Looking through the old code is nostalgic and it brings back memories of playing the game with friends! It also makes me think I was much more productive and whole lot less lazy when I was younger.

The original description of the game read:

Kingsville: Recruit people of different professions to your kingdom and give them orders to carry out. By managing the resources and money they collect, try to accumulate as many points as you can. Make sure you remember to feed them and keep them happy! Read the rules here. For 1-4 players.

The game is a 2-4 player boardgame (the original description says 1-4, but I can't find any other reference to how this worked) in which you assign orders to your characters, who in turn execute them from left to right. If I'm being generous, I could call it a diet version of Through the Ages. Although I do think the game has some flaws, I shan't let that sour my opinion: I am pleased with young me's design! 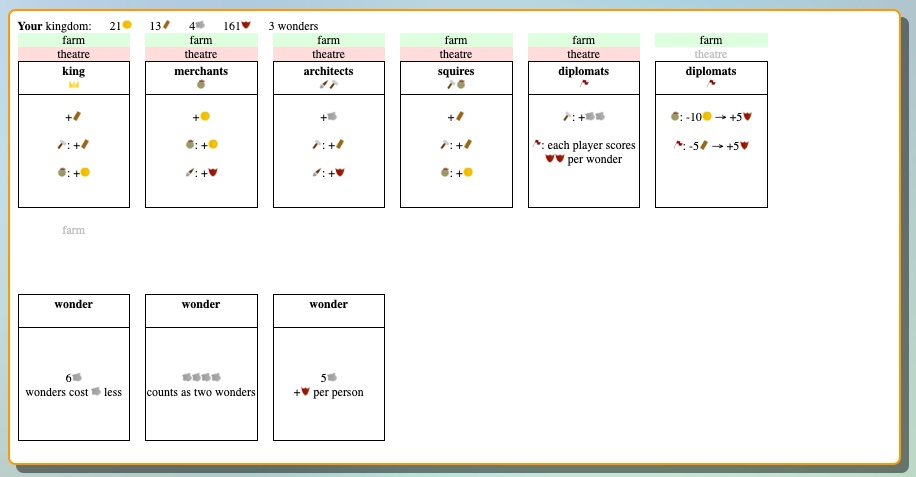 The other game on Playground was called The Happiest Town, and it's description read:

The Happiest Town: Use your own buildings, and those of other players, in conjunction with the initiatives you have researched to develop the happiest town you can! For 4 players.

This game started life as a physical game which I printed, and ordered a bunch of wooden pieces for. I still have it hiding amongst our boardgame collection, but I haven't played in a very long time. 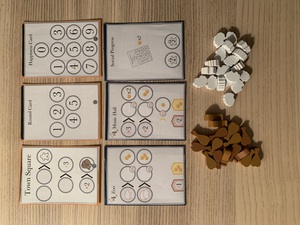 It's unlikely I'll port this to Kangaroo, as I didn't like it as much, but it's nice to know that converting games to Kangaroo isn't too painful if I find myself struck with the motivation to do it!