Since I was first exposed to it, Agricola has been one of my favourite boardgames. As a student I used to go and visit friends and go on (what we called) "all-night Agricola benders". Agricola's designer, Uwe Rosenberg, is a real heavyweight of the boardgaming world, and he has made many another game I adore too; of which I am a proud owner of many!

Last Summer I was given the oppotunity to implement one of Uwe's newer games for Board Game Arena: A Feast for Odin, and I jumped at the chance to do it. It's a real mammoth of a game, so its implementation certainly would come with challenges. However, many months later and the game is now released. 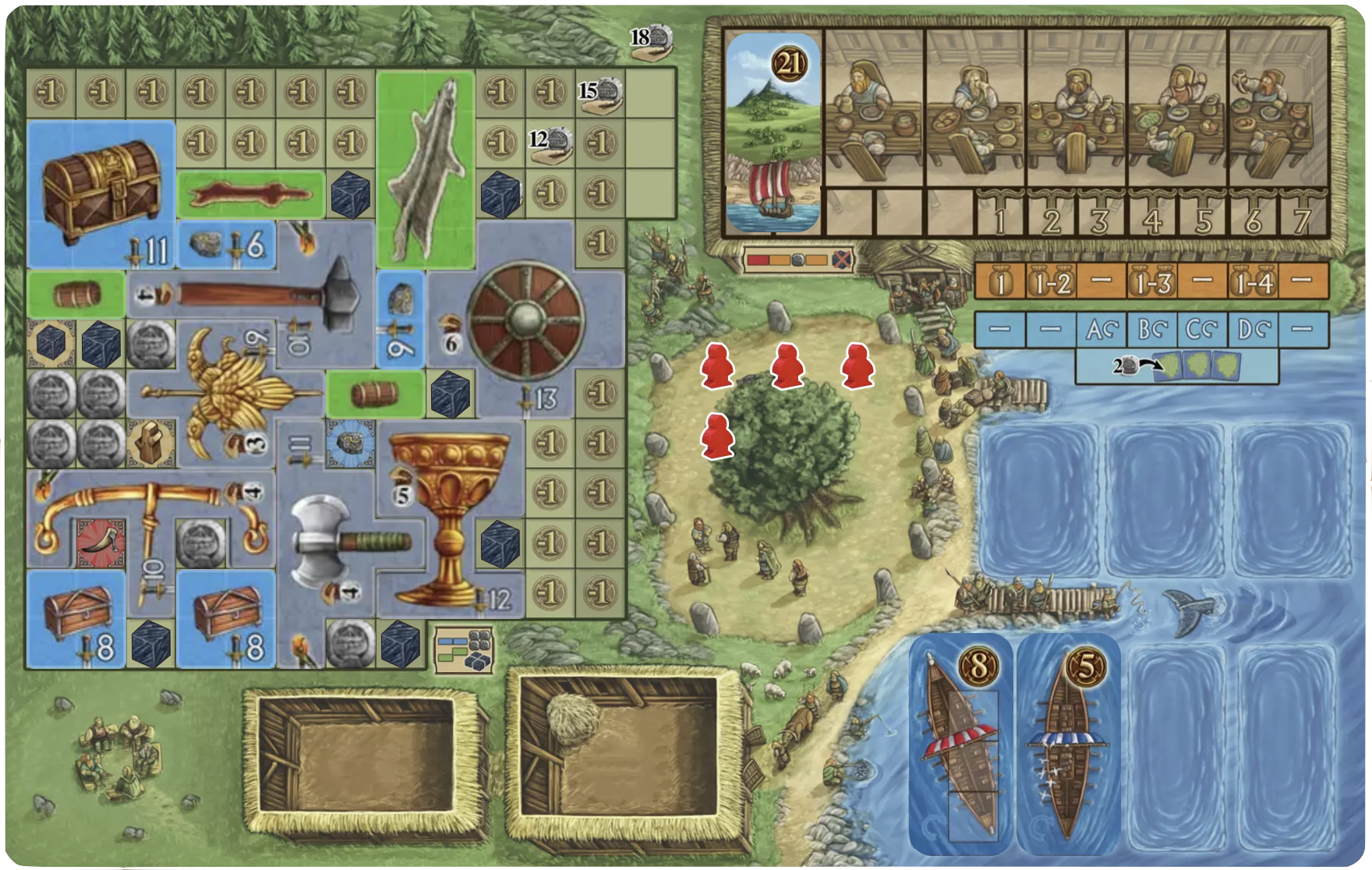 The game has been described as a mixture between Agricola and Patchwork. At its heart, it's a worker placement game like the former, whilst at the same time it reuses the tile placement mechanic of the latter. The game is a lot more forgiving than Agricola: you don't have to scrabble about to feed your family, you can just enjoy the ride. And it's a very enjoyable one, at that!

The game deserves a good implementation, so I've been relieved that it's had a good reception. At the current time, the game has been played over 20,000 times. I'm really proud of the adaptation, so if you like board games, I recommend you give it a go!